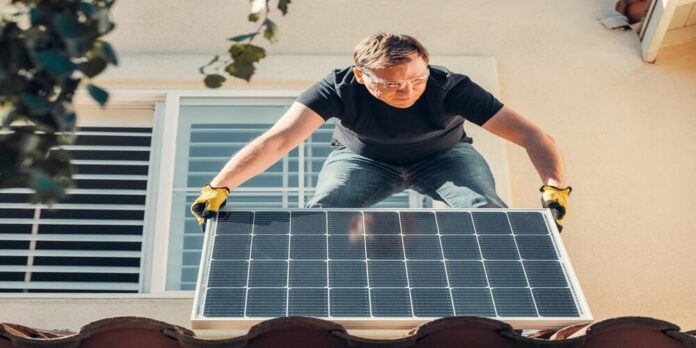 We are almost ending another successful year of war against carbon pollution with new solar energy developments. Solar energy is one of the cheapest and independent ways of using nature to run industries and power homes.

In 2018, solar energy generated approx. 1.166% of the total USA’s electricity supply is equivalent to 66.6 terawatt-hours (TWh). The story of solar energy began over 180 years ago in France, but it has been rewritten severally to fit in modern-day energy-intensive society.

Nowadays, increased production of small solar panel kits, improvement of photovoltaic cells, and introduction of mini-inverters are leading the way to a greener and sustainable future. Here is more

Buildings adorned with solar panels are gradually becoming a popular sighting in many cities. New transparent photovoltaic cells customized according to the architecture’s designs are fitted on the extensive surface of the building to generate power.

As the sun’s rays penetrate through the glass, unseen electrical energy flows through the walls. The result is a magnificent blend of architecture and engineering that produces cheap power and improves thermo optimization features of commercial space. This new technology is expected to blossom in the future and finally reduce carbon emissions.

A solar’s maximum efficiency of 18% can easily be doubled to 40% plus using thin-film solar cells. This new technology allows scientists to stack up to 4 thin layers of solar cells in small solar panel kits to produce energy. However, the method is proving to be costly.

Matching with flexible, inexpensive fabric cells, thin-film solar could be the future standard of solar energy. Fabric cells are lightweight and could be manipulated to fit doom-shaped roofs.

As people snake through the lavish streets of Los Angeles, little do they know the street lights above are off-grid solar LEDs. Yes, La-La Land has the greatest number of solar street lights, followed by San Diego, Phoenix, and Honolulu in the USA.

LED solar lightings have saved government expenditure on energy bills for over 25 years, and there is no need to barrow under the city installing traditional power lines. Furthermore, small solar panel kits can be customized to light up driveways for private use.

The conversion of DC produced by small solar panel kits to usable AC requires inverters. Panel manufacturing companies often sell a set of these inverters depending on the amount of power you are aiming for.

Scientists are looking into the possibility of mass-producing micro inverters because they are small and;

The micro-inverter market is expected to grow at a staggering rate of 4% annually in the next five years. This underlines how important technology is to the future of solar panels.

To wrap up, the acceleration towards thin-film cells and solar rooftops are major trends in the industry you should be on the lookout for. Otherwise, get your small solar panel kit and help the solar industry thrive.

Why Do People Choose a Blotter Paper Over an Antiperspirant?

Why You Should Consider to Have Bulk Socks?

Why Clear Phone Cases Are Mostly Used As Protective Cover

Why Clear Phone Cases Are Mostly Used As Protective Cover

Why You Should Consider to Have Bulk Socks?

How to Take Care of Your Lace Front Wigs?

Safety Tips before You Use a Pressure Washer

Factors To Consider When Choosing Bundles For Your Hair

ABOUT US
We brings to you the latest and most popular news related to every kind of lifestyle. Our platform contains news related to Lifestyle.
© Copyright 2021. All Rights Reserved.